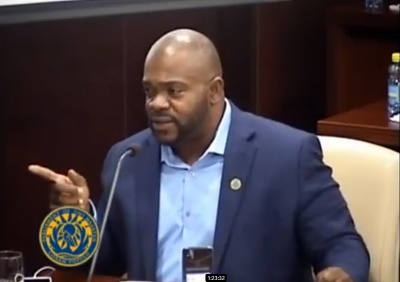 “Lastly Minister, in the event that PJIA does not have any information regarding the aforementioned questions or if they have not been briefed by Schiphol or Ballast Nedam, I hereby also request that you insist that PJIA reaches out to both Schiphol and Ballast Nedam with the questions in order to provide you with the answers. You can, in turn, inform my person and Parliament accordingly,” MP Emmanuel concluded.
The MP was very vocal against Ballast Nedam being awarded the contract to re-construct the airport citing its criminal history of bribing governments and other officials in at least to other countries.