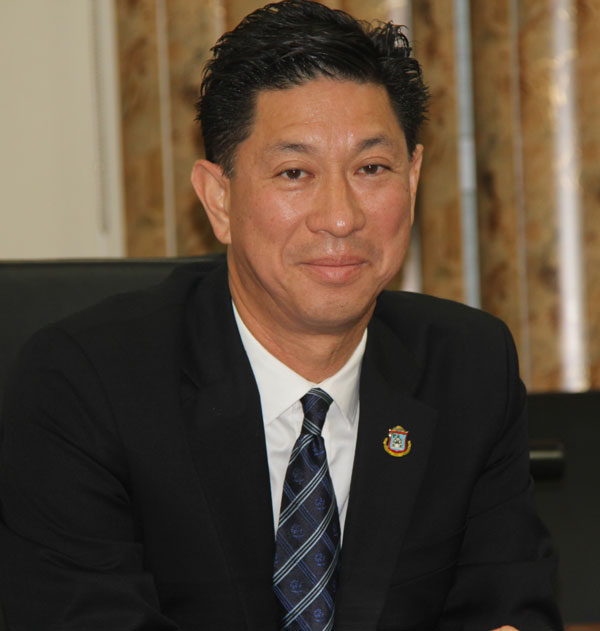 PHILIPSBURG:--- Minister of Health and Labor Emil Lee assured SMN News on Wednesday that his Ministry especially the department CPS is on top of the Zika virus and controls on mosquito breeding sites. Minister Lee said that monitoring the Zika virus is a top priority of his Ministry and that CPS just concluded an experiment in the Fort Willem area with Ovitraps.
The Minister said when the Ovitraps are used correctly then the fear of mosquito breeding is limited, but in several cases they found that even people that are using the traps correctly have rain water in buckets not far away and thus the breeding of mosquito continues. He said that the war on mosquito breeding has be done with the full involvement of the community.
Minister Lee further explained that he is currently working with Aruba and Curacao in order to get the videos and booklets they made in multiple languages to use here on St. Maarten to create more public awareness on the how to eliminate the breeding of mosquitoes.
SMN News asked the Minister if he is paying full attention to the virus since Interval International confirmed on Monday that at least one of their clients that own timeshare on St. Maarten asked that they be re-routed to another Caribbean island fearing that she might catch the virus while she is pregnant.
Minister Lee said he is aware of the concerns of everyone but CPS is doing what they need to do while he believes that the numbers of cases identified on the Dutch side is still fairly low.